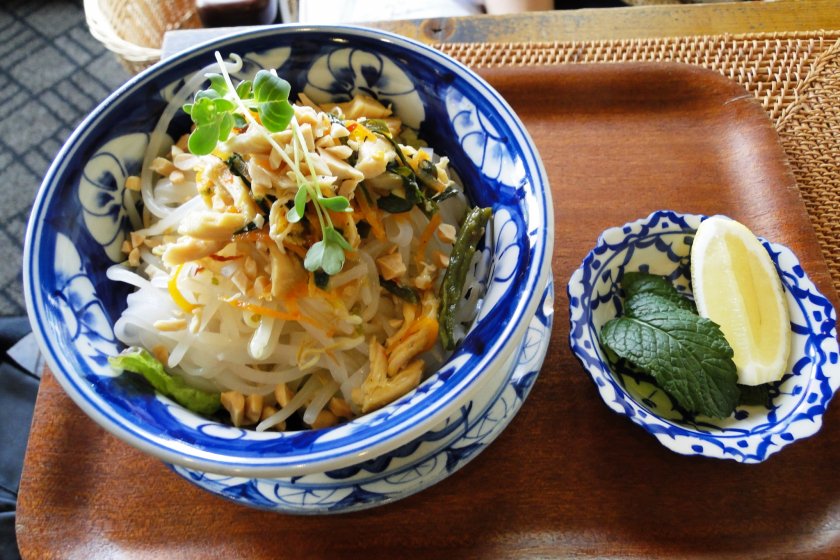 The name alone is slightly off-putting, especially for a cafe.

"Equipment Floor?" I ask my Japanese friend in disbelief. She laughs and says, "Don't worry. You'll like it."

And I do. Despite the name, Equipment Floor exudes a feeling of comfort as soon as you step through the door. Perhaps it's the funky decor, with cozy nooks, cushioned benches and large purple throw pillows. Perhaps it's the little touches of fresh flowers on the bar or crayons, building blocks and baskets of toys left at each table for younger patrons. Or it might just boil down to the canine mascots, a pair of friendly little mutts that show no hesitation in joining you at your table or sniffing around underfoot as your food is served. Adorable without being terribly intrusive, they're the perfect final touch to this cafe scene.

All of this would be forgettable, however, if the food were not up to scratch. Thankfully, Equipment Floor doesn't drop the ball there either. There is the usual range of hot and cold drinks (I can thoroughly recommend the iced chai tea) and some sizable desserts (my neighbor's chocolate ice cream parfait could have fed at least two). For actual meals, the menu has a strong curry focus. Both a spicy and non-spicy keema curry are available, as well as a daily curry that usually incorporates some sort of seasonal vegetable. An Asian-inspired glass noodle dish with vegetables looked delicious, but carried some heat said my friend. Being an utter weakling when it comes to spice, I chose the daily special of cabbage stuffed with ground meat in a tomato sauce. It didn't disappoint, and was well complemented by a selection of three additional vegetable dishes and rice. Some meals come with dessert included but if not, it's only an additional ¥200. We chose chai pudding - though I admit I prefer my chai in tea form - and plain vanilla ice cream with chocolate sauce. For just around ¥1000 per meal, it was more than enough food.

Equipment Floor is off the beaten track, a few blocks north of the end of the Kamitori shopping arcade. That doesn't mean it isn't popular, though, so expect the tables to fill up at lunchtime on weekends. To get there, walk to the end of the Kamitori arcade and keep going for 3-4 blocks.When you see the Daiichi bank, turn right. Go one block and turn left. Equipment Floor is at the end of the block, just before the main street. The cafe is open everyday from 11am-10pm. The menu is mostly in Japanese and there are more pictures of the dogs than the dishes on it, but staff are patient and willing to help you out.

Japan resident for 9 years, with time spent in Okinawa, Kumamoto and Tokyo. 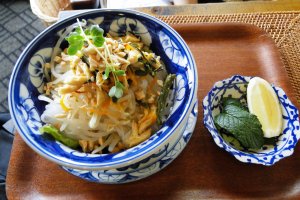 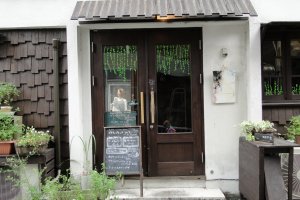 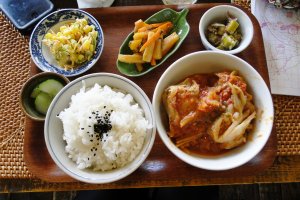 bonbon 6 years ago
Hi Mandy, I love the colorful and tasty (not spicy!) glass noodle and cabbage dishes. Also the amusing name put a smile to my face. It reminded me of beach shack/izakaya that I went to at Aharen Beach Okinawa, called Barakku, or Barak. It had nothing to do with Barak Obama. Fun place nevertheless. https://en.japantravel.com/okinawa/barakku-izakaya-aharen-tokashiki/3711
Reply Show all 0 replies

Mandy Bartok Author 6 years ago
I didn't have a chance for a good chat with the staff this week, as both they and I were pretty occupied (toddlers ... sigh). But the food definitely warrants a return visit, so I'll try to discover the reason behind the rather bizarre name!
Reply Show all 0 replies

JapanTravel Guest 6 years ago
Mandy, this was a good find. Great name. I actually saw this on another site's RSS feed and found myself asking "What kind of tourist attraction calls itself Equipment Floor?" Is there a story behind why they call it that?
Reply Show all 0 replies
3 comments in total